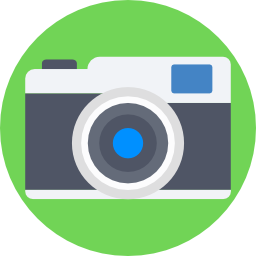 A good photograph has a significantly higher probability of getting a home sold when compared to a bad or even mediocre image. 139% increase in clicks when the photographs is visually attractive when 89% of home buyers searched the internet when looking for a home.

You really want to make sure that your home’s photograph looks clean and stands out. That right there shows the most likely your buyer of your home, there’s an 89% chance that it’s coming from online. Obviously if they’re looking at it online they’re going to look at a picture of the home, so that’s very important.

Here’s an example of a bad photo and a good photo.

The one on the left, that’s just a standard photo of a house. You wouldn’t necessarily look at that and think it’s a really bad photo. It’s not that blurry, it’s pretty clear, but it doesn’t have a good angle on it. To the left side of the home there it’s blocked by some of the shrubs there and some of the greenery. It’s not edited at all.

The lighting, it’s just standard lighting. Look at the house on the right side. It looks very professional. It’s got this glowing, this very homey attractive look to it where you can see inside the windows because it was taken with a good camera. That’s edited to look like that to emphasize the beauty of this home. It’s very well presented. That’s a good example and a bad example.

Invest in a decent camera. A cell-phone camera won’t cut it if you want quality shots. You might have  good megapixels but the shutter quality’s not good, so it’s not going to take good photos like that one that we saw on the good example. Top-of-the line equipment isn’t a necessity either. Any point-and-shoot digital camera with five megapixels or more will produce good photos. If you’re willing to fork over more cash, a digital SLR offers more settings and allows you to use a variety of lenses.

A tripod is also a good investment for taking sharp photos. Use as much natural lighting as possible. Open the curtains and turn on all the lights to make a room look bright and open.

Another tip, you’ll want to use as much natural lighting as possible. If you’re inside the home you’ll want to make sure you open up the curtains and then also turn on all the lights. Make the room look bright and open. You never want a dark photo.

If you’re taking a picture on the inside of the home, if it’s dark at all it will grainy and it will not turn out good. It’ll even be hard to edit to make it look good because of the grainy look that it will provide. If you have a photo that’s bright and that’s open, when you take the photo and you edit it it’s easier to edit a bright photo.

Choose the best angles and compositions. The best way to show off your room is to shoot from the corner or doorway. Include as much of the room as possible. You don’t want to just take a picture directly on into a room and then just miss most of the room. If you get all the way up in a corner you can get as much of that room as possible. If you’re the potential buyer you’re going to want to see all the features of that home has and you’ll want to make it look as roomy and as open as possible.

Take a lot of photos. Don’t shy away from just spending time to get plenty of photos. With digital cameras you have the freedom to take as many as you want so that way you can experiment with different angles and camera settings and pick out the top 10 photos that you want to represent this home.

After you chose the best angles and the best photos you’ll want to go ahead and they’ll probably need a little bit of tweaking with lighting or shadows, if it looks a little too dark or if it’s too bright, or if there’s a telephone wire in front you want to Photoshop that out because you don’t want a telephone wire right across the photo.

You can use picmonkey.com and pixler.com. These are very easy to use and they allow you to crop pictures, adjust brightness and contrast, and correct colors. They’re free to use. These are some good websites to get you started on some very simple editing.

That way you can find somebody that’ll come out and take the picture for you, they’ll edit the photos for you and do the whole 9 yards. Also on here, if you have the camera and you are taking the photos yourself but you want someone else to edit the photos you can also look on these websites. There’s a lot of people that will do the editing for you too for a fee. It will definitely save you some money by you taking the photos, and then you can have someone else edit the photos and make them look very professional for not as much as having somebody drive out to the location and take the pictures and then go back and edit them.